A winning combination. Like the Cavs, Goodyear knows a thing or two about championship performance on the court. Eighty years before the Cavs won their first championship, the Goodyear Wingfoots were a founding member of the National Basketball League, a precursor to today’s NBA. They even went on to win the first NBL title in 1937. A century later, Goodyear is still proving that basketball is in their DNA as the official uniform partner of the Cleveland Cavaliers.

Take your Goodyear x CAVS pride from the workplace to the putting green in our performance golf apparel, perfect for casual days. 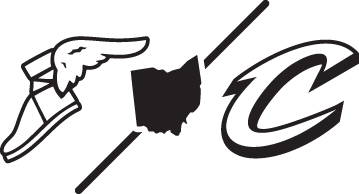 Shoot to score in a soft & comfy co-branded tee.

START SHOPPING
Sold out
Sold out

Our latest deals + newest styles, direct to your inbox!

By submitting your email address, you agree to our Terms of Use.