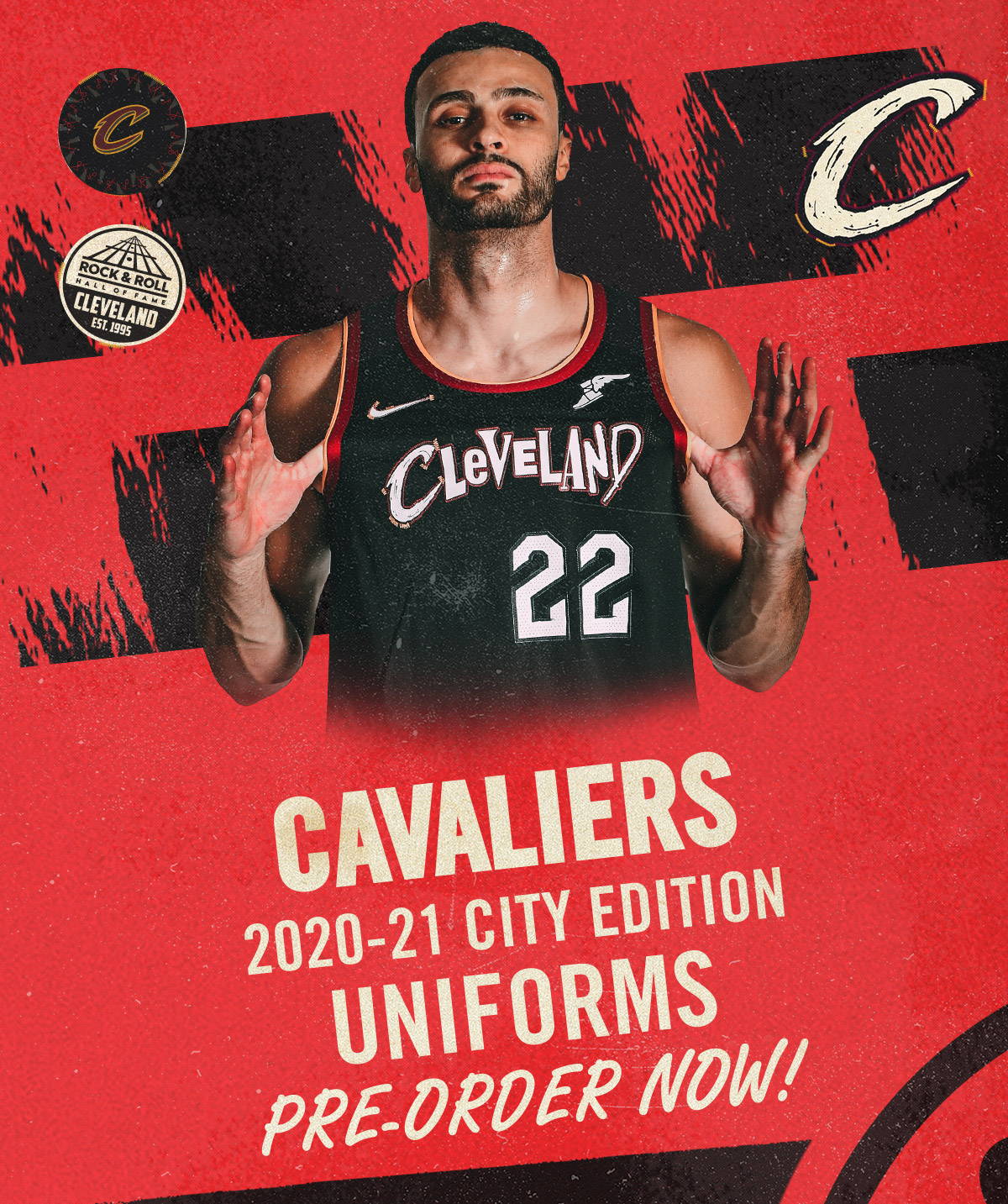 It is well documented that Cleveland’s place in rock and roll history began in the 1950’s when a new genre of music was introduced to a mainstream audience by Cleveland disc jockey Alan Freed. When Leo Mintz, owner of Record Rendezvous in downtown Cleveland shared with Freed that white teenagers were buying music that was marketed to black America, unbeknown to him, Freed was about to move the needle on the sound for a new generation.

On his WJW-AM radio show, Freed started to play the rhythmic and soulful songs that made the kids dance in the aisles at the record store, and with that, he popularized African American music called “rhythm and blues” to a new audience craving the urban vibe.

Freed coined it “rock and roll.”

Dubbing himself the “Moondog,” Freed organized the Moondog Coronation Ball featuring a lineup of R&B artists that drew an estimated 20,000 fans outside and inside the 11,000 seat Cleveland Arena on March 21,1952. It was considered the first-ever rock and roll concert. Ultimately, unable to accommodate the spirited large crowd the show was cut short, but it foreshadowed a city that was passionate about its music. 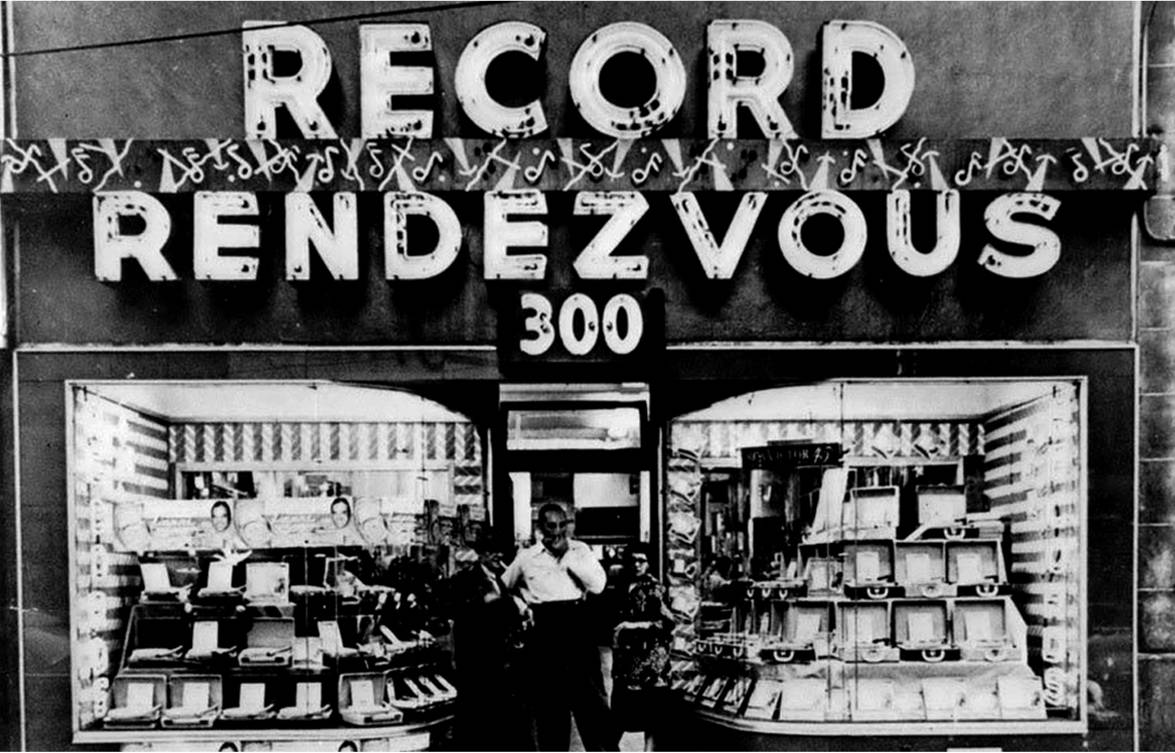 In the 1970’s Cleveland’s music scene and impact grew with the emergence of progressive rock station WMMS 100.7 FM the Home of the Buzzard and the Agora concert venue, both credited for shining the spotlight on little-known artists like Bruce Springsteen, David Bowie, Tom Petty and the Heartbreakers and many others, solidifying the city’s reputation as a breakout destination for music’s rising stars.

Through the decades the city’s music scene has continued to thrive and evolve to include pop, hip hop, rap, alternative, punk, country and all genres in between. Fans fill local music halls to hear the artists that move them, and Cleveland has remained a must-stop market for major tours hosted at concert venues such as Rocket Mortgage FieldHouse, one of the most active arenas in the world for touring acts.

Today, Cleveland is home to the Rock and Roll Hall of Fame, a shining glass pyramid that sits on the shores of Lake Erie where music lovers from around the globe come to celebrate the power of the music it represents— in the city where the story began.

The Cavaliers are proud to present the 2020-21 City Edition uniform, a design and style that reflects the grit, attitude and spirit of Cleveland’s rock and roll history.

The 2020-2021 Cavs City Edition uniform is anything but uniform. Its unconventional style embodies a decades-long desire for excitement

and individuality as fans of rock and roll turn to the music that continues to define generations as a unifying force and form of true self-expression.

The 2020-2021 Cavs City Edition uniform is anything but uniform. Its unconventional style embodies a decades-long desire for excitement and individuality as fans of rock and roll turn to the music that continues to define generations as a unifying force and form of true self-expression. 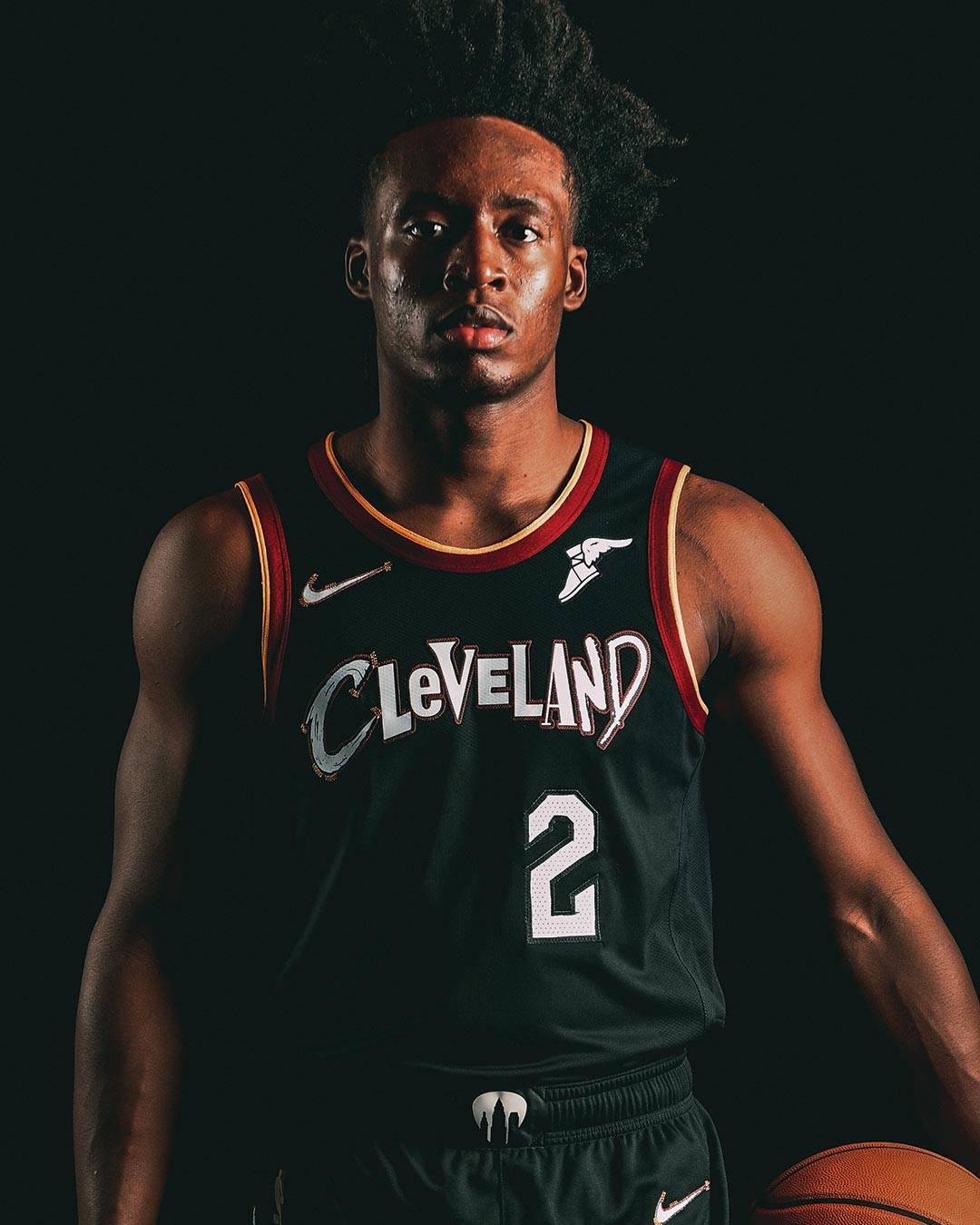 Irregularity in type throughout the Cleveland word mark pairs with the gritty design style, creating a unifying tie back to the identity often found within music posters and artist graphics. 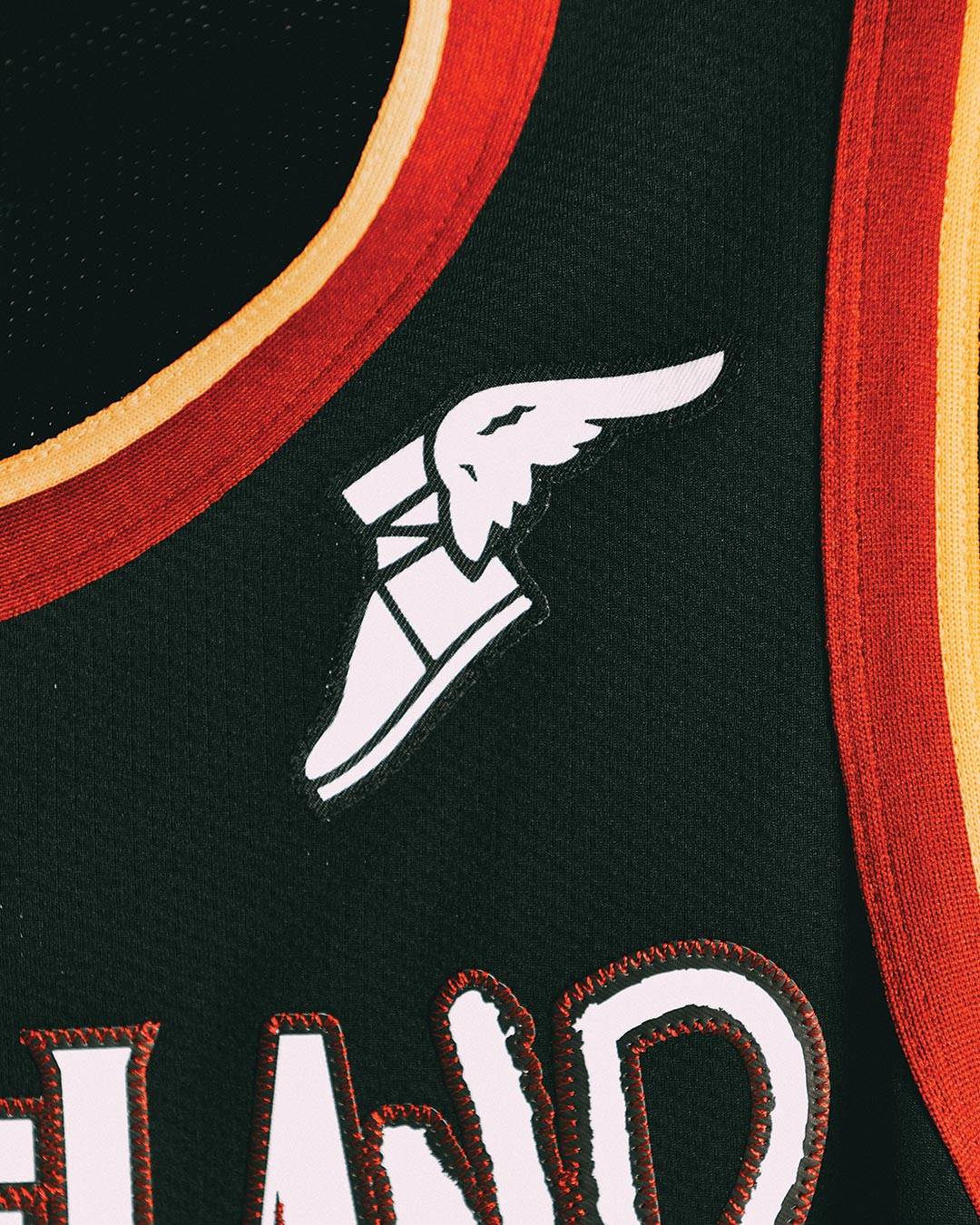 The front of the jersey features the Nike Swoosh on the right shoulder and the Goodyear Wingfoot on the left. 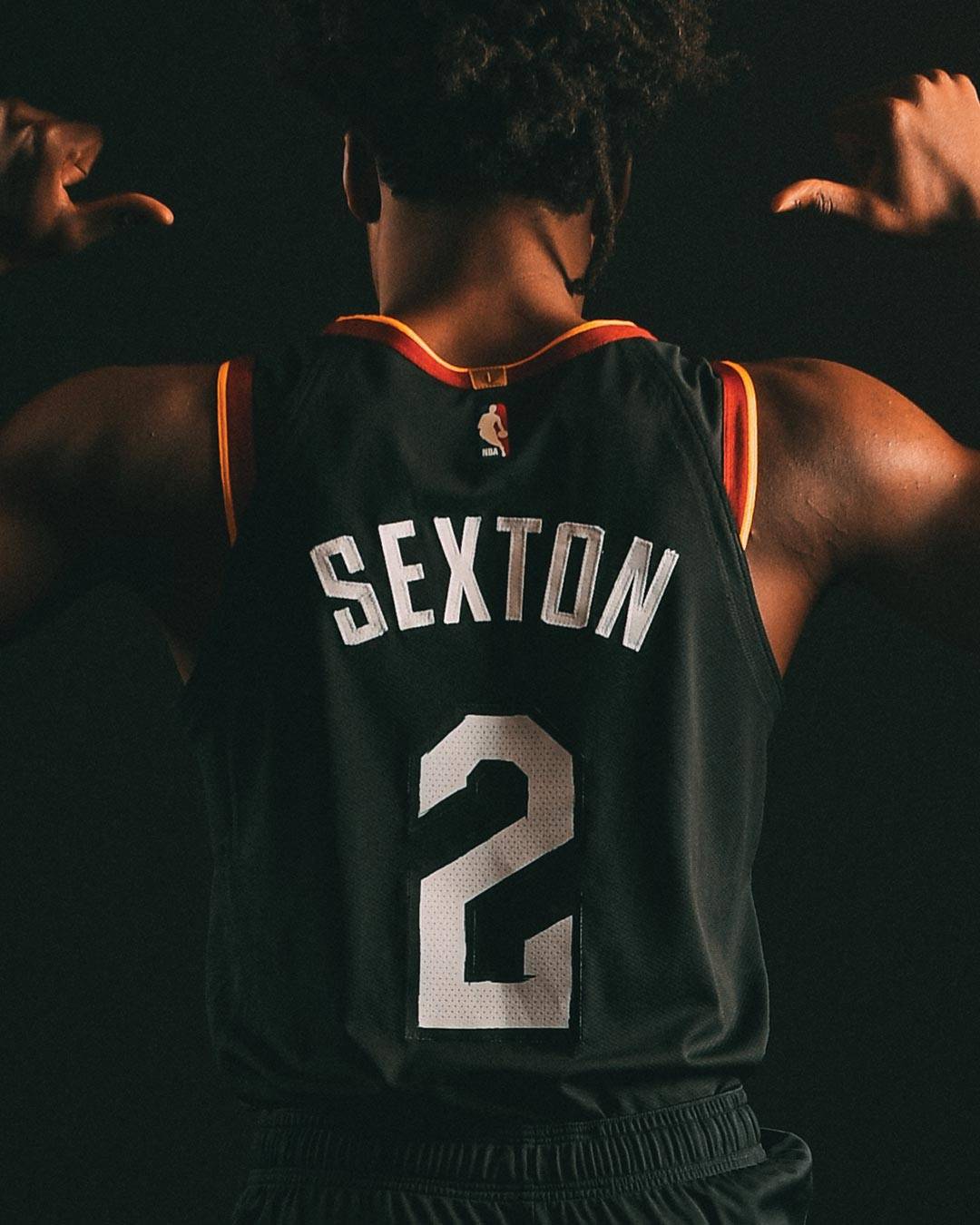 The back of the uniform features the player name and number centered in white with the NBA logo above the lettering of the player's last name. 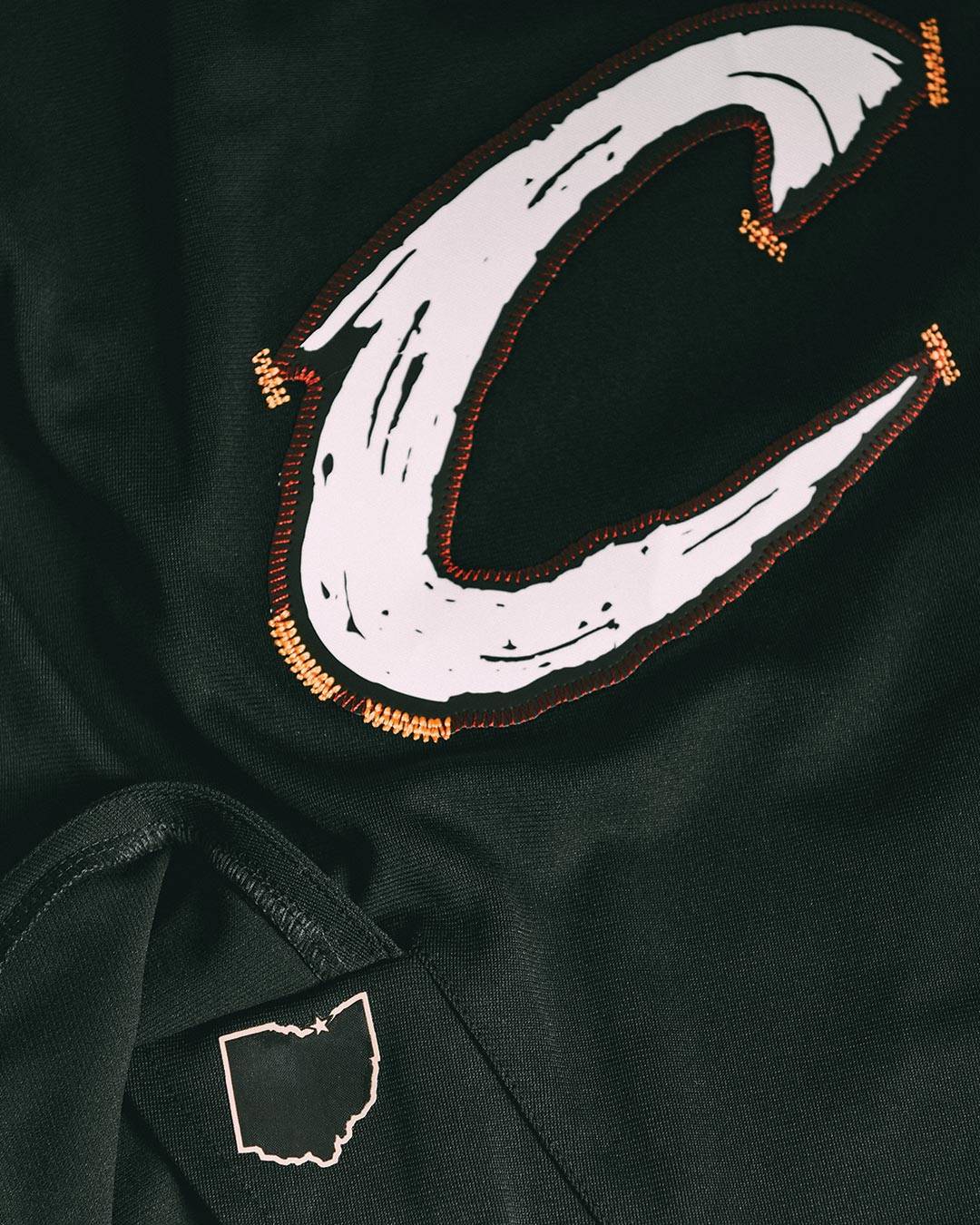 A large weathered Script "C" makes a statement on the left shorts panel while a black uniform shell and gritty design highlights the attitude and influence of rock and roll through fashion. 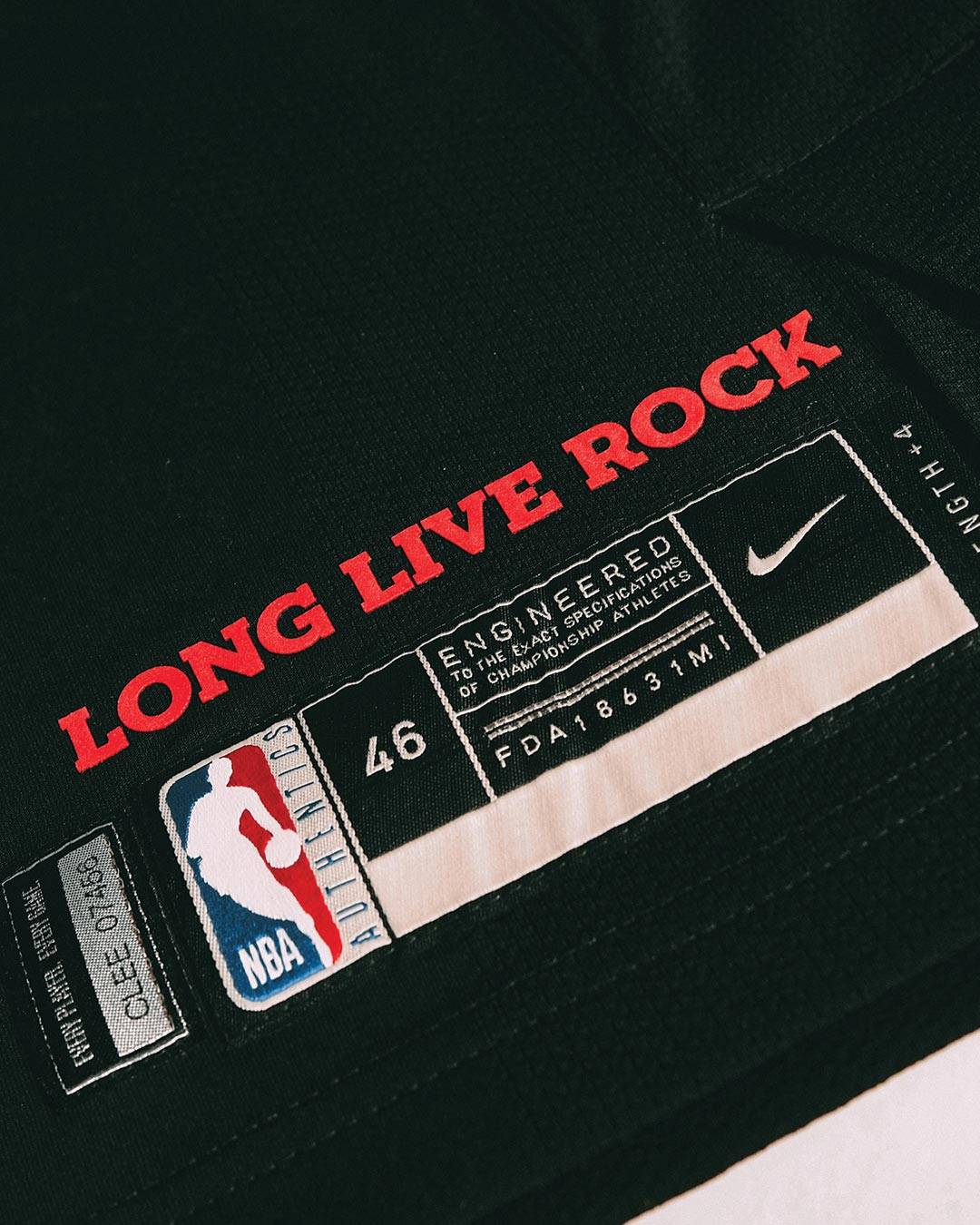 The Rock & Roll Hall of Fame’s anthem, LONG LIVE ROCK, located on the jock tag, helps to amplify the idea of sound and music. 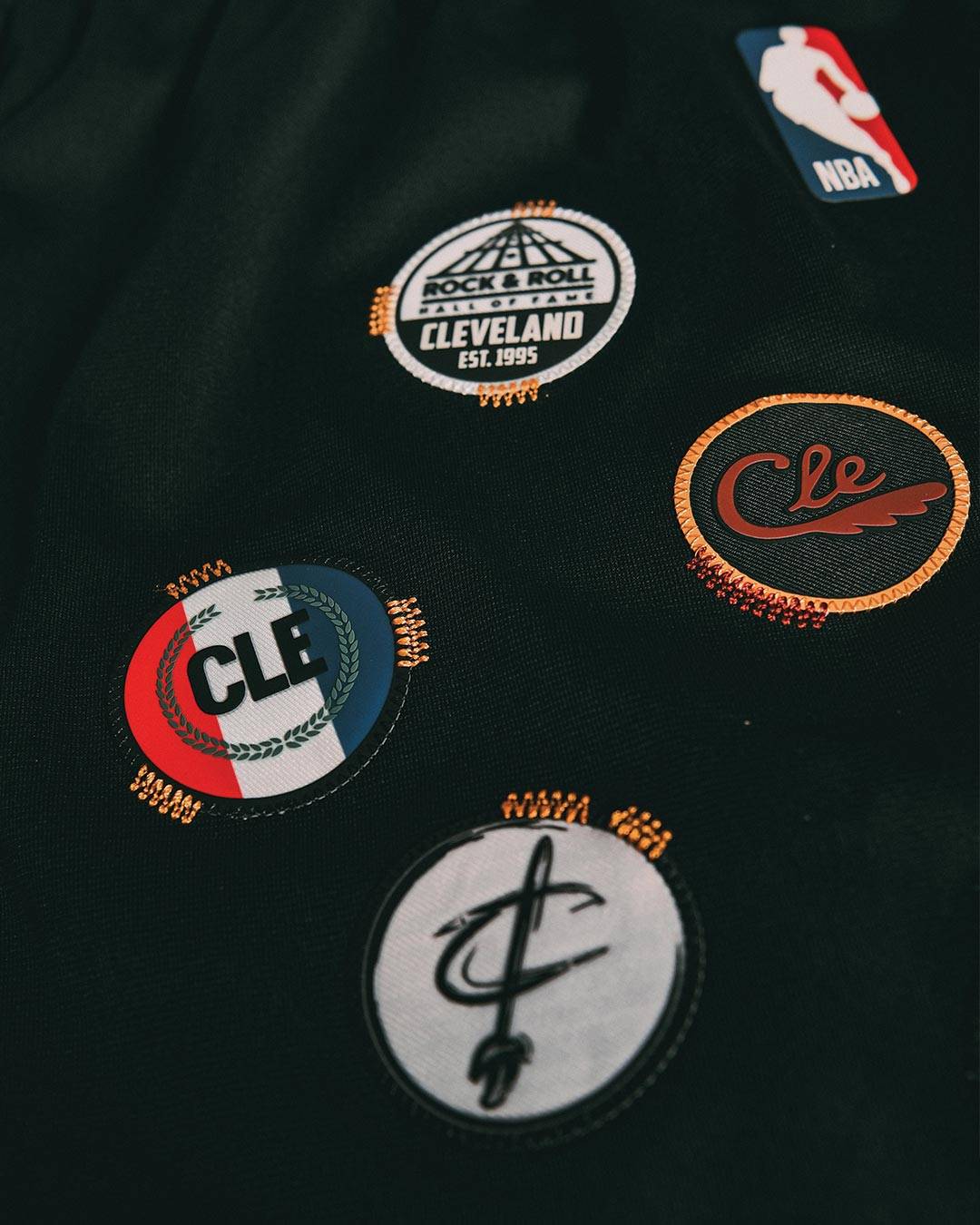 Bold, distressed graphic badges scattered on the leg of the uniform shorts mimic styles found within tour pins, jacket patches, and graphics that followed the evolution of rock and roll.

Enter your information below for a chance to WIN a City Edition jersey! 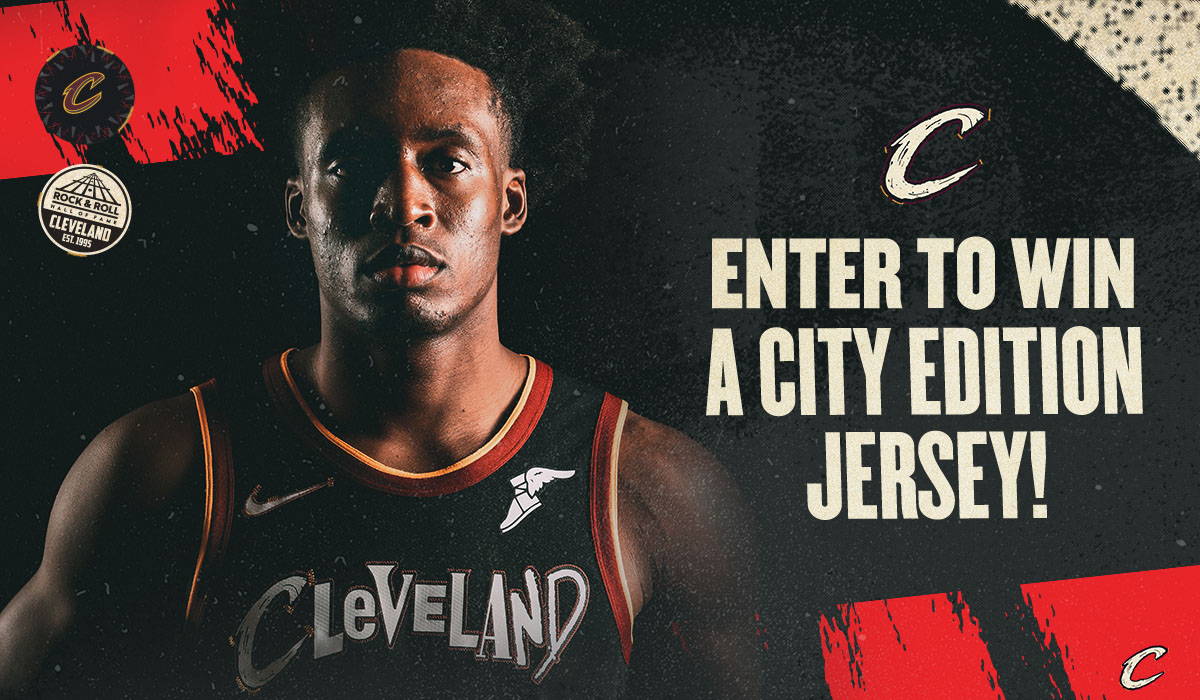 Help save independent venues all across Ohio! Make a donation to Save Our Stages by adding a $1, $5, or $10 donation to your purchase and the Cavs + Rocket Mortgage Fieldhouse will MATCH your donation! Please help us keep our favorite independent venues from closing permanantly - from Cleveland to Akron, Athens to Cinci, we can't wait to see you back at the next live shows.

On each baseline, Cleveland is centered in the same white irregular type from the chest of the uniform.

Tour pin inspired Cleveland badges and the Rocket Mortgage Fieldhouse logo can be seen on each half court. 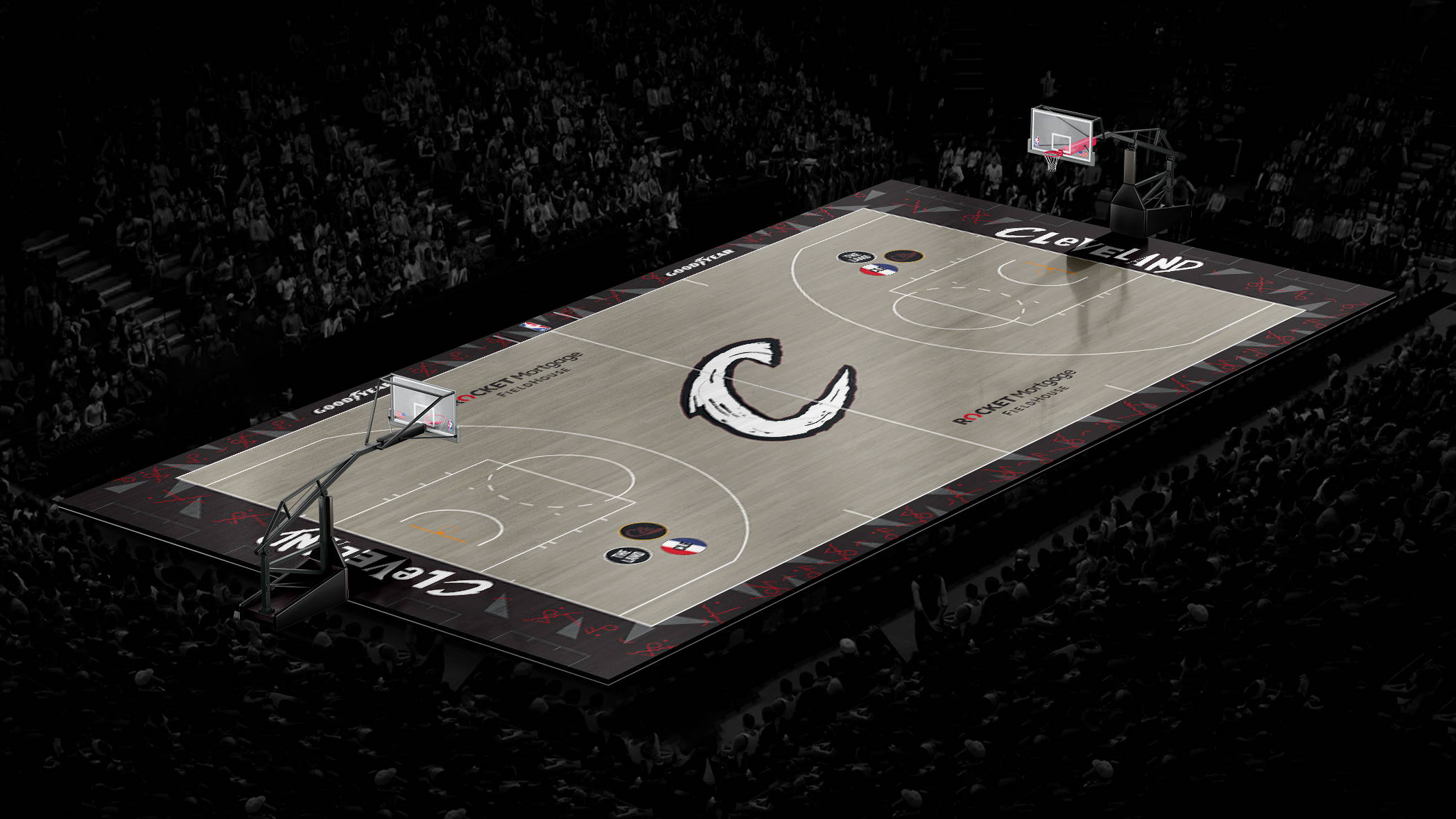 MORE FROM THE SETLIST

Turn up the dial on your Cleveland spirit in the 2020-2021 City Edition Apparel Collection, inspired by the league's most rockin' uniform and The Land behind it. These styles are in stock and ready to ship today! We recommend purchasing separately from your jersey for a quick shipment. 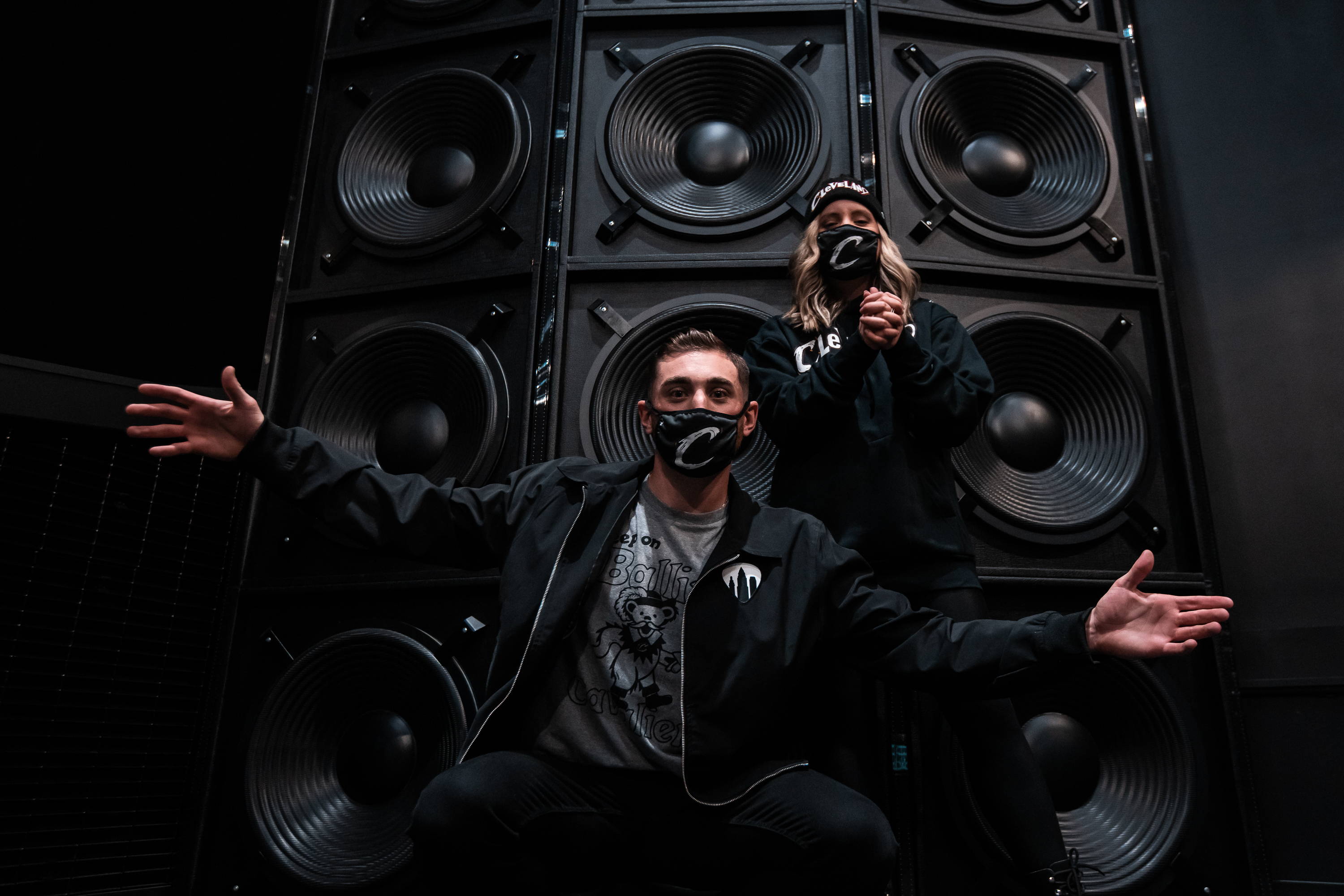 One Size Fits Most 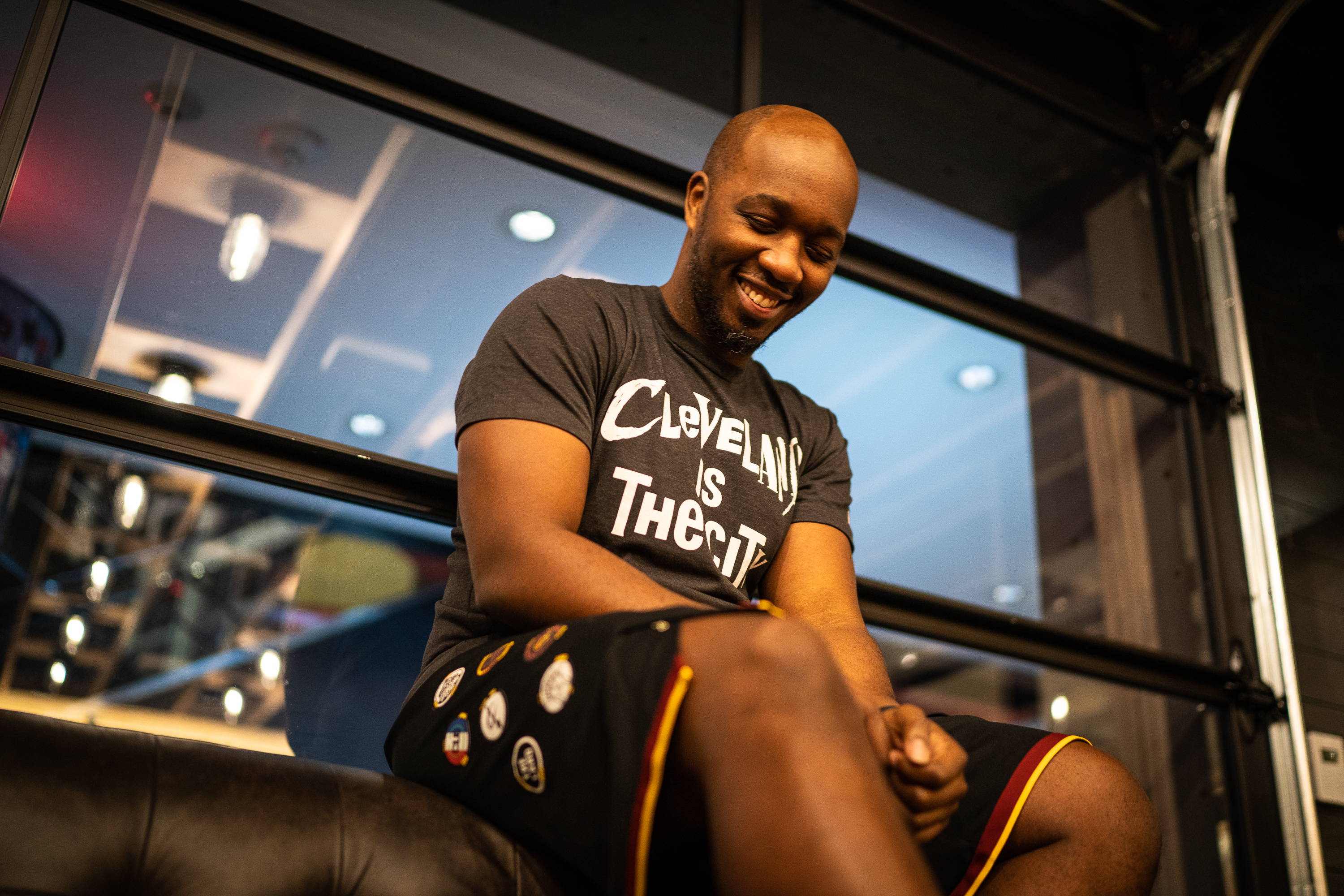 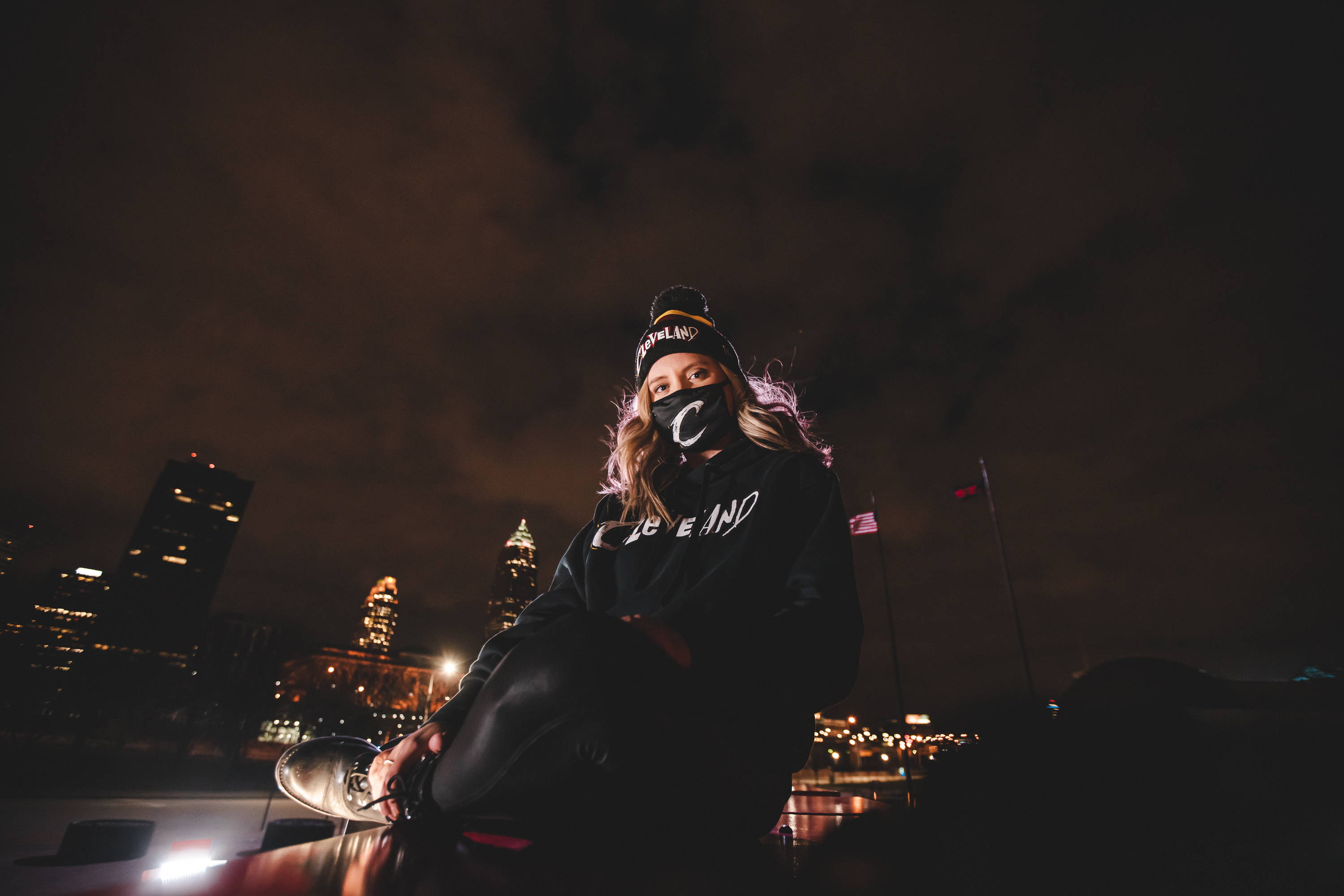 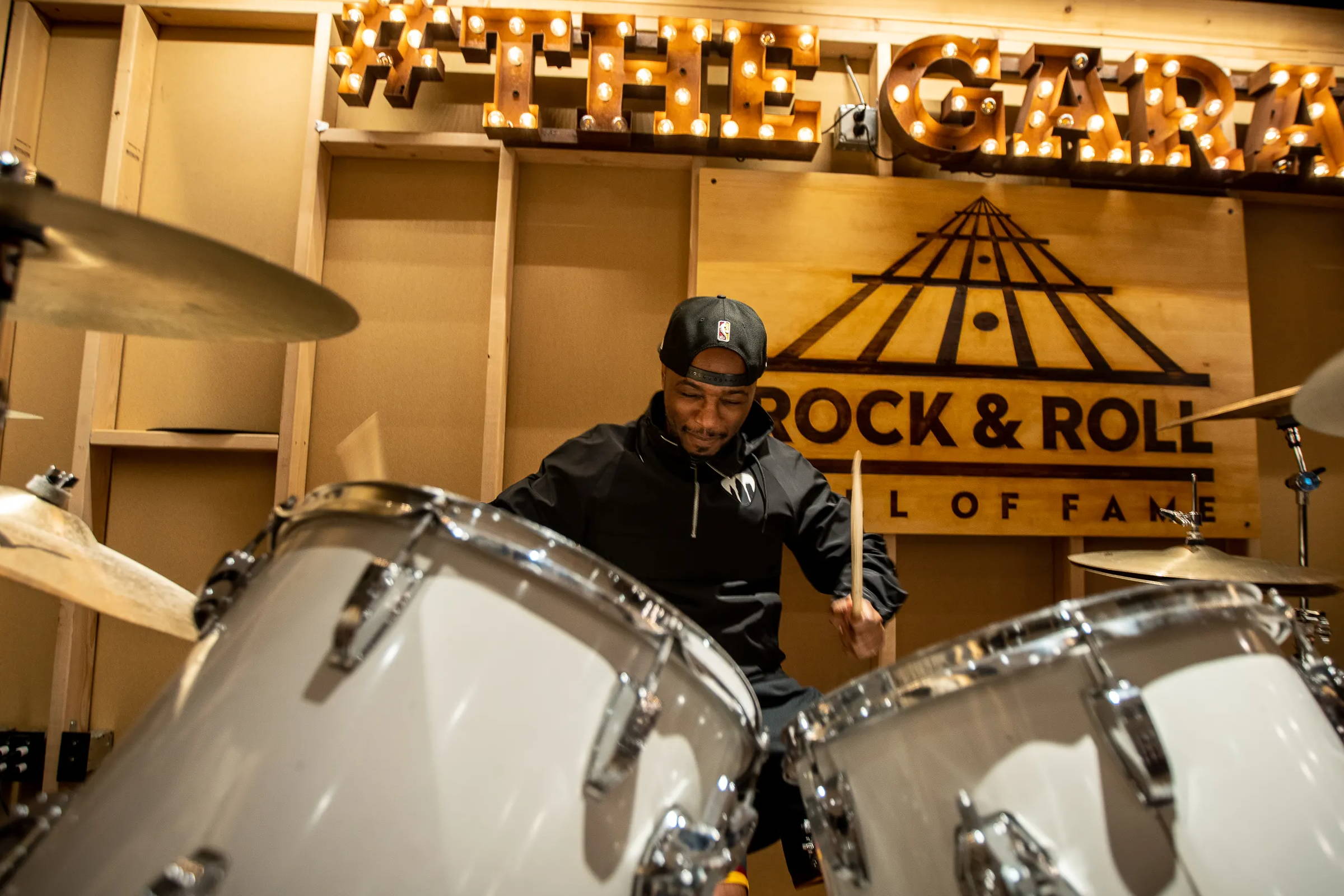 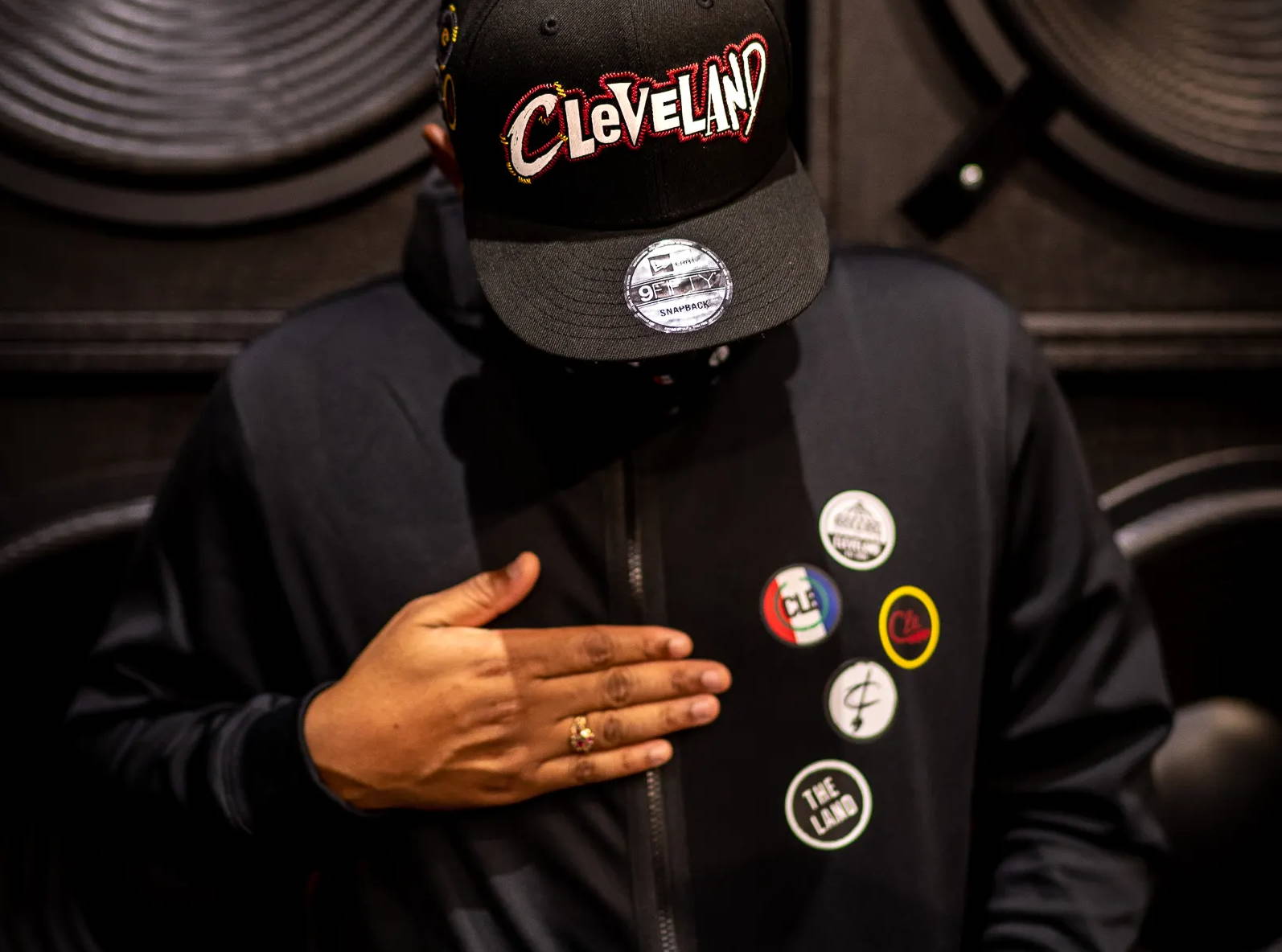 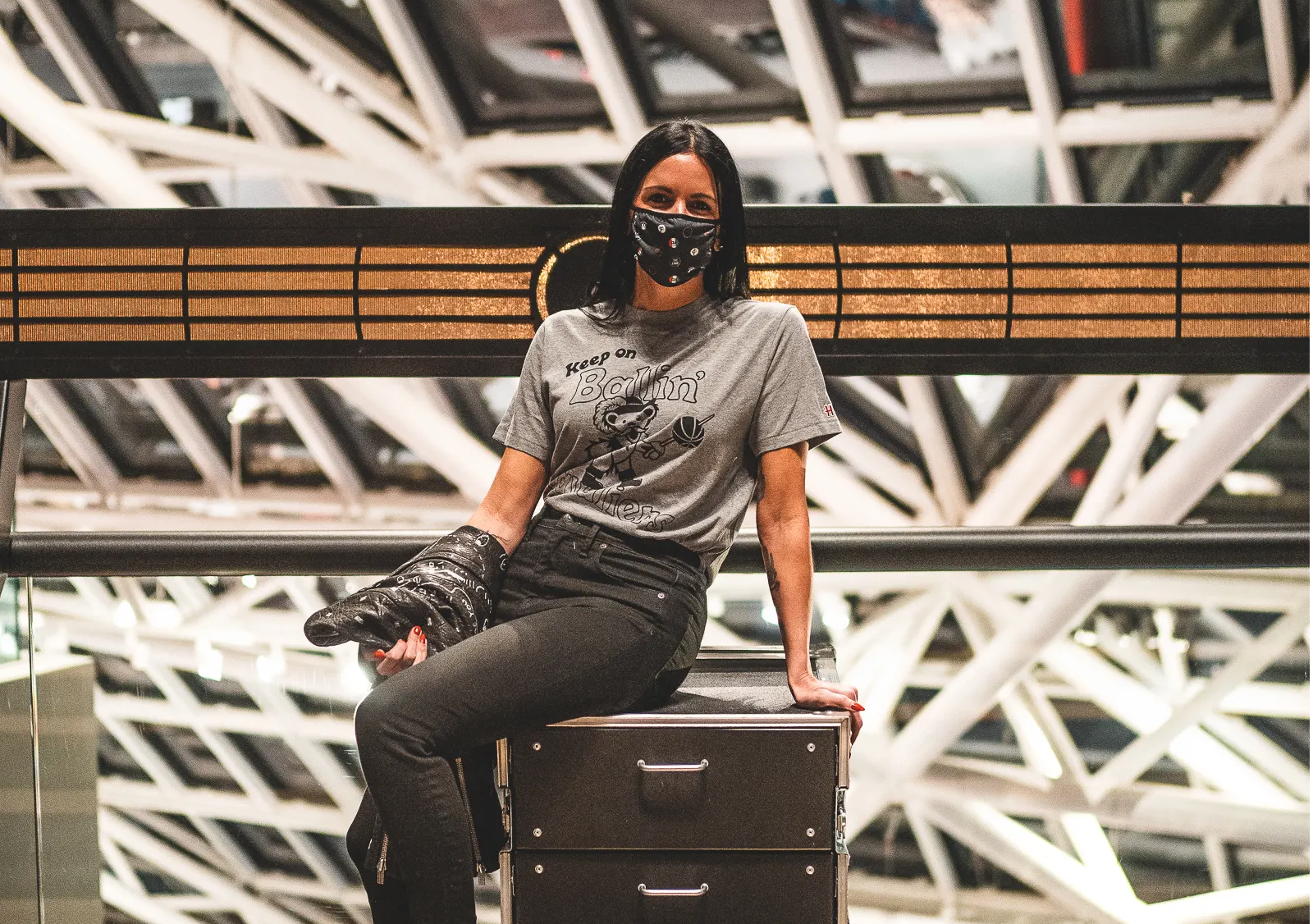 One Size Fits Most

Our latest deals + newest styles, direct to your inbox!

By submitting your email address, you agree to our Terms of Use.